For the fourth year, Ken Field led his New Orleans-influenced Hoot Band at the HONK!Oz and Illawarra Folk Festivals in Wollongong (NSW), Australia, south of Sydney.  This year's iteration of the Hoot Band featured over 100 musicians performing with the group.  The repertoire included original material by Field, as well as arrangements of New Orleans & Australian traditional and popular works. 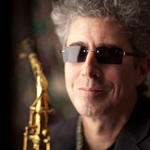 Ken Field has been honored as a 2017 Finalist in Music Composition by the Massachusetts Cultural Council.

Field's acclaimed improvisational brass band the Revolutionary Snake Ensemble has released "I Want That Sound!", the group's fourth CD.  Consisting of all original material, the CD was released on Minneapolis-based Innova Recordings, an arm of the American Composers Forum.