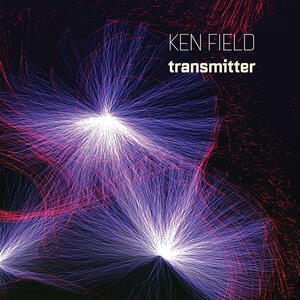 Ken Field is an Applied Microphone Technology Endorser and a Vandoren Performing Artist, and uses Vandoren reeds and mouthpieces for performance and recording. appliedmicrophone.com vandoren.com

"This is going to take you to some far out new places and make you re-evaluate how you think about 'solo' sax. Quite the lofty achievement here!" - Midwest Record

"A very innovative effort, Field’s use of looping, echo. and texturing keeps the listener consistently amazed at the complexity and impact of the arrangements, as he basically forges an entire new subgenre of jazz with his art." - Take Effect

[Translated from Dutch] "From the first notes it is clear that we are dealing here with an unconventional solo saxophone album. The music has a somewhat unreal atmosphere, but it is not distant. The musical experiments are designed in such a way that in each track the total sound is decisive, without compromising the individual voices. It is an original way to explore the possibilities of the instrument...Transmitter is a spirited and impressive album." - Opduvel

"Field's sense of pure invention draws a multi-dimensional stream of sounds in many colours. Definitely worth a listen." - Art & Culture Maven

While circumstances keep Birdsongs of the Mesozoic and the Revolutionary Snake Ensemble and his other projects off the stage and away from large gatherings, Ken Field still has a saxophone and music to be made. In truth he has long created solo soundtracks for film and dance so it is not unusual to find him at home with his instrument and a mic. This project, Transmitter, feels different, though. It became a collaboration with producer Erdem Helvacioglu and has taken him into an expansive new realm of studio artistry.

The six tracks on the album are all trans-something: the titles bridge oceans, light, stasis, and gravity. Just so do the looped and layered saxophone parts shift and morph in post-acoustic ways. In this era of virtual ensembles by necessity, this saxophone choir could exist in no other form. From jaunty phrases to fluttering drones and angular polyphonies, the saxophone lines make for an ever-shifting dawn chorus. Transmitter is full of messages.

Brooklyn-based Turkish electronic musician Erdem Helvacioglu has composed music for feature films and is a seasoned collaborator with rock bands and experimental artists who could use a touch of ambient, drone, psychedelia.