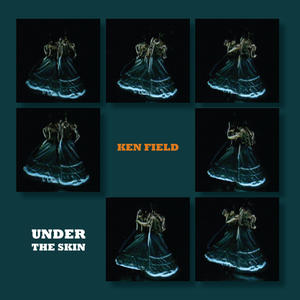 "This guy can make more sound with a saxophone, bass, & drums trio than just about anybody I've heard in years! Great stuff!"
Russ Davis, Beyond Jazz - XM Satellite Radio

"Ken Field's dynamite jazz/funk score pops with an infectious groove as he plays live with a prerecorded tape in a way that echoes the dancers' fusion of the real and virtual."
Boston Globe

"Its rich jazz idiom, varied moods, strong back beats, and solid modular forms carry it along quite successfully, without recourse to imagery or narrative. Field's multi-tracked saxes produce fluid counterpoint and chunky bop harmonies, and his parts are precisely interlocked with Jesse Williams' funky bass lines and Phil Neighbors' energetic but unobtrusive drumming; the effect of the trio as recorded is of a considerably larger and more impressive band, which projects something like a live feeling. Field's work on this 2006 Innova release holds ample interest, and anyone curious to hear some of his infectiously rhythmic music will find it to be a terrific introduction."
Blair Sanderson, All Music Guide

"Ken Field has been a respected part of the Boston experimental music scene for years, with his nearly two-decade membership in Birdsongs of the Mesozoic and long-running radio show The New Edge on MIT's college station WMBR. His rare solo records occasionally seem like afterthoughts in the saxophonist's busy creative life, but Under the Skin, his first solo record since 1999's Pictures of Motion, is one of his most enjoyable and immediately accessible works. Written on commission for a New York dance company's show mixing video and live performance, Under the Skin was written and performed in a similar fashion: Field pre-recorded himself playing with the rhythm section of bassist Jesse Williams and drummer Phil Neighbors, often overdubbing several saxophone parts on top of each other, then performed live alto sax solos over the tapes during performances. These eight brief pieces (none breaking five minutes) are lyrical and melodic, many with haunting cyclical rhythmic figures built up through Field's overdubbed saxes in a way that occasionally recalls both Philip Glass' Glassworks and Fripp and Eno's conceptually similar '70s work. Elsewhere, "Om on the Range" builds slowly on top of an intoxicating, almost Indian (in both the south Asian and southwestern American sense) percussion figure, and the closing "Slits in the Curtain" is a playful, surprisingly funky bit of soul-jazz groove."

Maurizio Comandini, All About Jazz Italia

Commissioned by the acclaimed New York dance duo of Art Bridgman and Myrna Packer, composer and saxophonist Ken Field (Birdsongs of the Mesozoic, Revolutionary Snake Ensemble) has created new work for layered alto saxophones, bass, and drums to accompany Under the Skin, Bridgman/Packer's interaction of live performance and video, called the most thrilling dance work in recent memory by the Boston Globe.

Field's music has been labeled Twentieth Century head music with a swinging beat (Outsight) and Mysterious, chilling, and richly textured...overwhelmingly captivating. (Saxophone Journal). Under the Skin was intended to be performed by Field live with prerecorded saxophone, bass, and drum tracks. Here, one such performance is captured on CD. From the Boston Globe: Ken Field's dynamite jazz/funk score pops with an infectious groove as he plays live with a prerecorded tape in a way that echoes the dancers' fusion of the real and virtual.